Interview: The interdisciplinary advantage of Northwestern 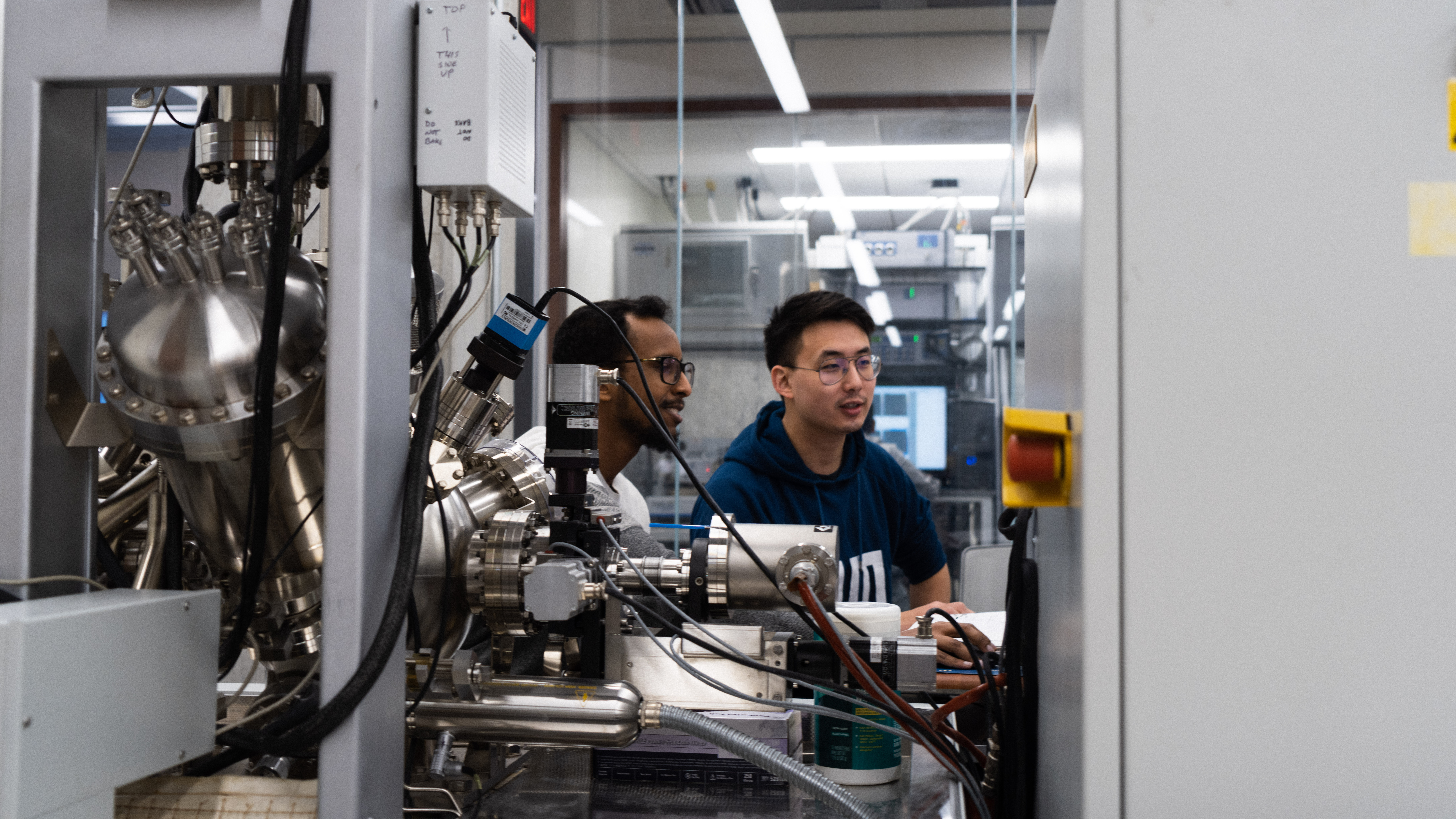 Researchers at the IIN have access to state-of-the-art instruments for measurement, manipulation, and analysis at the nanoscale.

Kelley has already published groundbreaking research on cell therapy and Sargent is one of the leaders of the IIN’s new Center for Nanocombinatorics, which is using artificial intelligence and massive datasets to accelerate the pace of materials discovery.

In the first installment of this two-part interview, Chad Mirkin interviews Sargent about what motivated their move to Northwestern and what makes the university an exceptional place for scientific research. (See also part two on nanocombinatorics, Unleashing the true potential of materials discovery.)

Chad Mirkin: Everybody was thrilled that you and Shana Kelley decided to move here. The two of you had opportunities all over the world. Out of all the possibilities, why did you choose Northwestern?

Ted Sargent: It was a combination of factors. The first was that we’ve always wanted to be part of a community that would propel us forward and push us to grow professionally and personally.

The institution really pulled out all the stops in attracting us from the University of Toronto, especially in terms of the ability to equip our labs at the highest levels and to move our groups – who are outstanding and they’re doing great work in Toronto, but we wanted to have the ability to move those that wanted to move. It was a strong signal from the leadership of NU that, while it’s already among the world’s leading research-intensive universities, it wants to get even better, and that kind of signal was important to us. We felt like we were going to be part of a community that wanted to engage with us.

Another factor that drew us to Northwestern was this amazing history of interdisciplinary collaboration, particularly between chemistry, materials science, and more broadly across physical sciences and engineering and CS. One of the things that I think has further elevated Northwestern’s global reputation to the very top ranks is this collegial, collaborative environment – so much doctoral co-supervision, this culture of cross-appointing and co-supervising. How did that culture develop over time?

Chad: Historically, I think it goes back to the building of the Technological Institute. The vision for Tech was basically to put all of science and engineering under one roof, which was unusual at the time. But that created a culture in itself. You had scientists and engineers bumping into one another in the halls and talking, and they began to generate ideas together. And that bucked the trend in the rest of the U.S., which was to build fiefdoms and individual groups that were great in particular areas and, frankly, did not collaborate very much.

When I came here in the early 1990s, like you, I saw that as a major advantage, and also as something that was fun and exciting. It’s great to do team science. You learn a lot more, and you can tackle problems that no individual can tackle. When we built the International Institute for Nanotechnology, that became a core theme. The idea was, let’s look around campus and build this incredible bullpen of talent and bring that talent together to focus their energy, their ideas, and their intellects on solving big problems.

So it starts with this idea of putting everybody under one roof. Today, we’ve actually come full circle, because eventually Tech was not big enough for all of the university’s science and engineering. We began to build other buildings geared towards the normal subdisciplines. Then we realized there was an opportunity to reconnect the original vision of the Technological Institute by building two last buildings – one being Ryan Hall, which is the headquarters for nano, and also Silverman Hall – which would form a necklace of buildings that have all scientists and engineers under one collective roof again.

Ted: For as long as I’ve known the great work that faculty members have been doing, I’ve also had this impression of the doctoral students and postdocs at Northwestern, because I’ve seen so many of them publishing amazing papers in prominent journals and competing to become faculty members at leading institutions.

I developed this model in my head of the Northwestern PhD student, which is, first, that she has incredible foundational depth starting from undergraduate studies but then solidified with a rigorous, demanding, and yet flexible and cross-disciplinary graduate education in the first couple of years. And she benefits from this rich interdisciplinary and collaborative environment for the remainder of the PhD.

Then there’s this third element where she’s exposed to industry, translational opportunities, and a rich startup ecosystem. Obviously there’s proximity to the Kellogg School and the broader set of opportunities in Chicagoland, in large, medium, and small industry. So I hold this archetype of a Northwestern doctoral student or postdoc as being deep and broad and translational simultaneously, which is kind of a magical trifecta.

Chad: I think you’ve hit the nail on the head. First of all, the greatest thing about being at Northwestern is having access to some of the smartest, most productive young scientists on the planet. We get people that are truly extraordinary from all parts of the world. They have depth and smarts. They’re driven. They’re not afraid to move into new areas.

I think that’s part of the interdisciplinary advantage of Northwestern. They know how to do science well regardless of the area they work in, and they know they’re surrounded by like-minded folks and people who can add their own strengths to a project. When you have that type of team around you, you can do almost anything. These folks come in, they make an impact, and they think about how their impact can push the frontiers of science forward.

But they don’t stop there. They say, okay, I’ve discovered something new – what can we use it for? How can we make the world a better place? That often leads to startup company ideas, that leads to inventions, and it leads to things that go a little further than most places do. That’s one of the really special elements of Northwestern as well.

Ted: And the truly outstanding scholarship and translation that occurs at Northwestern has long been the model of the kind of environment that we’d like to be part of, and we’d like to contribute to.

Chad: You approach science much like I do. You have a breadth that’s unusual, an interest that’s intense, yet you have a very good sense of humor. That’s a combination that’s rare in science, and I think it attracts a different type of student. Has that been your experience?

Ted: I’ve found that the best part of the job is engaging with these brilliant generations of doctoral students and postdocs, who stay brilliant over the generations. As you and I get older, they stay the same age! You get to work with this same demographic of super bright and motivated 22-to-30 year-olds.

What gets me up at 5 in the morning every day is to check in and see: did another great manuscript come in overnight? Did somebody come up with brilliant ideas that they want to talk about? This is the spark that keeps me going back. There’s the grand vision, let’s change the world, but it’s also the people and their remarkable energy and their enthusiasm and their creativity that makes it unbelievably exciting every day.

Chad: You have so much fun doing it. I think that leads to them having a more enjoyable experience as well. I think that’s an important part of motivating people – getting them to be as fired up as you are about a particular topic.

Ted: I think that’s right. The fact that you and I and many of our colleagues love what we do and we love the people we do it with comes across every day in our work. That  helps to engage everybody that we work with. As we often go around saying: the jobs that we do – they sure beat working for a living.

Chad: That’s very well said! We’re so pleased that you decided to come here, and we’re thrilled to see what the future will bring.