Nanotechnology is a staple of science fiction books and movies, used as a frequent shorthand for futuristic technology. But people have been using nanotechnology to solve problems and create marvelous new materials for thousands of years, long before there was a word for it.

A famous artifact called the Lycurgus Cup resides in the British Museum in London.

What causes the color change? Transmission electron microscopy reveals that the glass contains nanoparticles of gold and silver. At the nanoscale, materials exhibit properties that are different from their macroscale counterparts.

Most likely, the unique properties of this ancient Roman piece were created by accident as there are surviving pieces from this era that appear to be failed attempts to recreate this effect.

Although they were unaware of the science underlying their work, stained glass artists were early users of nanotechnology.

The ruby red color of some stained glass is due to gold nanoparticles trapped in the glass matrix, while the deep yellow color is due to silver nanoparticles.

The size of the metal nanoparticles produced these color variations. This example of the dramatic change in material properties (in this case, color) at the nanoscale is a key component of nanotechnology. 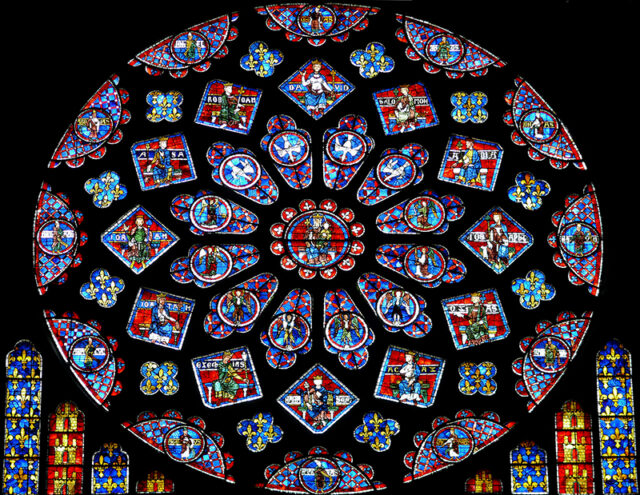 Much of the yellow- and red-colored stained glass on the rose window of the north façade of Notre Dame Cathedral, located in Paris and built during the Medieval Period, is made up of nanometer-size particles of silver and gold. © Ruggero Vanni/CORBIS

Deruta ceramicists produced dramatic iridescent or metallic glazes, which, during the fifteenth and sixteenth centuries, were in demand throughout Europe.

To achieve the red and gold luster effects, particles of copper and silver metal between 5 and 100 billionths of a meter were used. Instead of scattering light, the particles cause light to bounce off their surface at different wavelengths, giving metallic or iridescent effects. 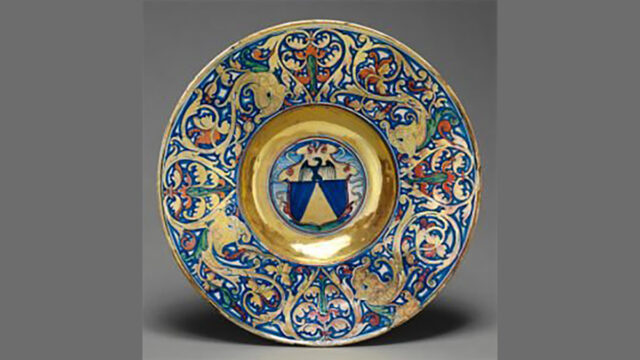