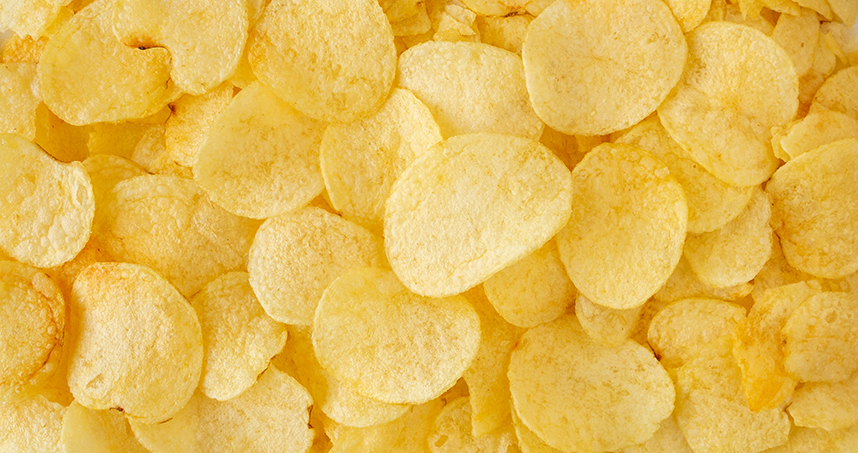 The catalyst structures created are architecturally similar to a dense collection of potato chips.

Finding clean energy sources will be a key to mitigating climate change in the 21st century. Recent work by Northwestern Engineering could be part of the solution, and the result was inspired by a lowly lunchbox treat.

Led by Abraham Harris Professor of Materials Science and Engineering Vinayak Dravid, researchers in his VPD Group developed a new material to synthesize electrodes suitable for electrochemical water splitting. Unlike commercial hydrogen production, which is based on the petroleum industry, electrochemical water splitting is a key method for producing “clean” hydrogen with electricity, which can be obtained from environmentally friendly energy sources like solar, wind, and hydropower.

A primary barrier preventing large-scale commercialization of water splitting has been the sluggish reaction and requirement of scarce, expensive noble metal oxide electrodes, which this method sidesteps. The material represents a key advancement toward practical water-splitting and boasts high performance metrics. Called hierarchically architected mixed oxide electrode, the method can work for a week without stopping, and is made with inexpensive and abundant elements to keep down costs.

So how do potato chips, the ubiquitous and tasty sandwich sidekick, figure into this breakthrough? It’s their structure.

“We chose to investigate the use of chips because they are highly porous, light, and thin, giving them a large surface-to-volume ratio. Those qualities are what a good catalyst needs, as they combine to maximize active surfaces,” said Jingshan Du, a PhD candidate in materials science who was the primary student investigator.

The catalyst structures created are architecturally similar to a dense collection of potato chips, but with more features: the catalyst “chips” can either carry nanopores, which are a series of tiny holes; nanobranches, like growing fine hairs on the chip surface; or a combination of both — which dramatically increases the electrode’s effective surface area.

This material consists of three levels on the structural hierarchy: the foam network is on the sub-millimeter scale, the nanosheets covering the entire framework surface are on the sub-micron scale, and finally, the pores and branches on each nanosheet are on the nanometer scale.

Using the high-resolution electron microscopy capabilities at the Northwestern Atomic and Nanoscale Characterization Experimental (NUANCE) Center, researchers showed both the geometric architecture and atomic-scale crystal structure on these hierarchical nanosheets.

“The nanomodification chemistry introduced in this work provides a unique opportunity for constructing complicated nanomaterials that have interesting surface chemisorption properties for further studies,” said Dravid, who directs the NUANCE Center. “More generally, this work highlights how tailored compositional and surface structural engineering improves the electrocatalytic properties of transitional metal oxides and shines light on the fabrication strategies for next-generation optoelectronic devices.”

It has often been said that the U.S. spends more on potato chips than on energy research and development. In this one case, that might actually be a good thing.

This work also made use of the EPIC and Keck‐II facilities at the NUANCE Center and Northwestern’s Integrated Molecular Structure Education and Research Center (IMSERC), which has received support from the Soft and Hybrid Nanotechnology Experimental Resource (SHyNE); the Northwestern University Materials Research Science and Engineering Center at the Materials Research Center; the International Institute for Nanotechnology (IIN); the Keck Foundation; and the state of Illinois, through the IIN.