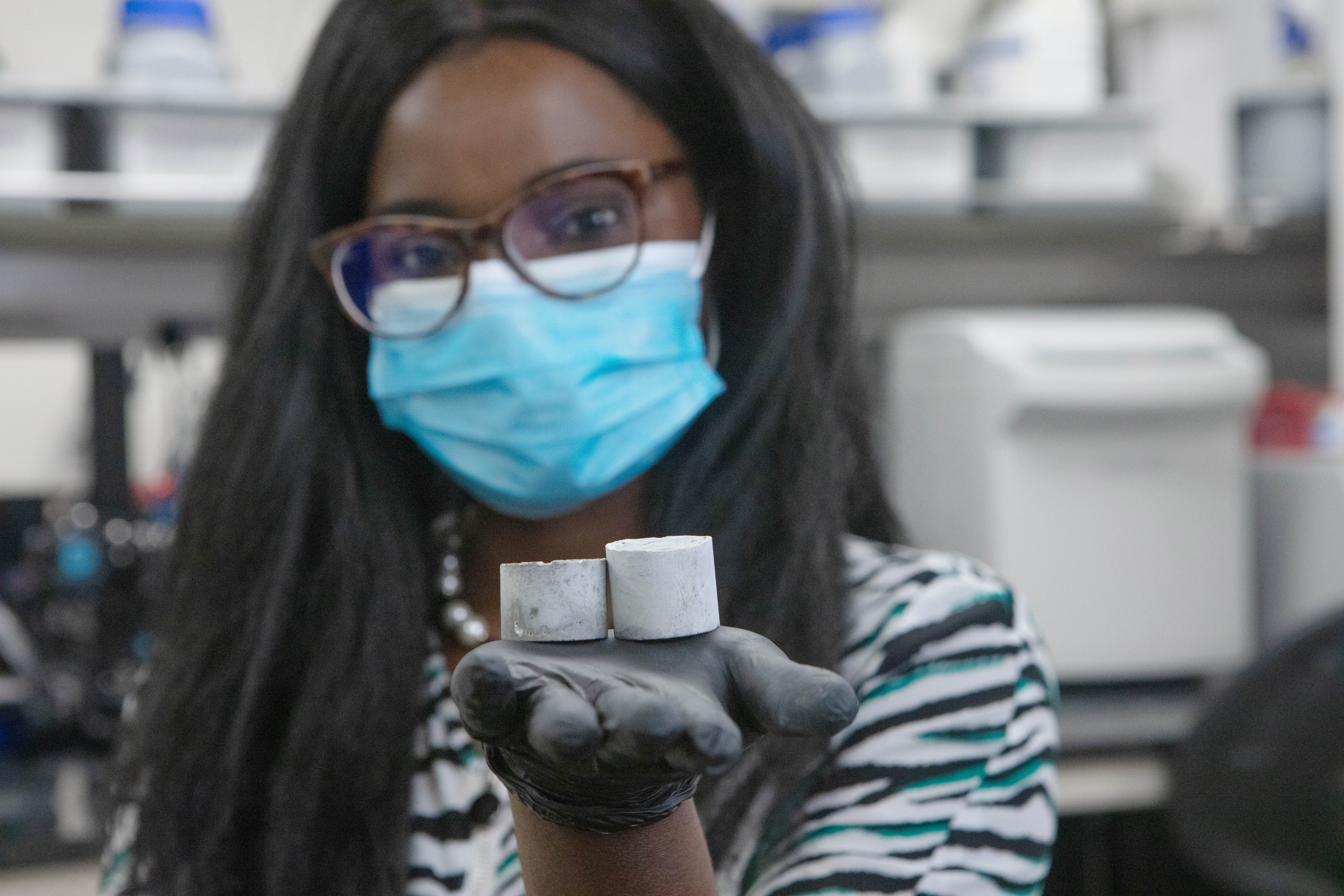 Forces of nature have been outsmarting the materials we use to build our infrastructure since we started producing them. Ice and snow turn major roads into rubble every year; foundations of houses crack and crumble, in spite of sturdy construction. In addition to the tons of waste produced by broken bits of concrete, each lane-mile of road costs the U.S. approximately $24,000 per year to keep it in good repair.

Engineers tackling this issue with smart materials typically enhance the function of materials by increasing the amount of carbon, but doing so makes materials lose some mechanical performance. By introducing nanoparticles into ordinary cement, Northwestern University researchers have formed a smarter, more durable and highly functional cement.

The research was published today (June 21) in the journal Philosophical Transactions of the Royal Society A.

With cement being the most widely consumed material globally and the cement industry accounting for 8% of human-caused greenhouse gas emissions, civil and environmental engineering professor Ange-Therese Akono turned to nanoreinforced cement to look for a solution. Akono, the lead author of the study, an assistant professor in the McCormick School of Engineering, and an affiliated faculty member of the International Institute for Nanotechnology, said nanomaterials reduce the carbon footprint of cement composites, but until now, little was known about its impact on fracture behavior.

“The role of nanoparticles in this application has not been understood before now, so this is a major breakthrough,” Akono said. “As a fracture mechanics expert by training, I wanted to understand how to change cement production to enhance the fracture response.”

Traditional fracture testing, in which a series of light beams is cast onto a large block of material, involves lots of time and materials and seldom leads to the discovery of new materials.

By using an innovative method called scratch testing, Akono’s lab efficiently formed predictions on the material’s properties in a fraction of the time. The method tests fracture response by applying a conical probe with increasing vertical force against the surface of microscopic bits of cement. Akono, who developed the novel method during her Ph.D. work, said it requires less material and accelerates the discovery of new ones.

“I was able to look at many different materials at the same time,” Akono said. “My method is applied directly at the micrometer and nanometer scales, which saves a considerable amount of time. And then based on this, we can understand how materials behave, how they crack and ultimately predict their resistance to fracture.”

Predictions formed through scratch tests also allow engineers to make changes to materials that enhance their performance at the larger scale. In the paper, graphene nanoplatelets, a material rapidly gaining popularity in forming smart materials, were used to improve the resistance to fracture of ordinary cement. Incorporating a small amount of the nanomaterial also was shown to improve water transport properties including pore structure and water penetration resistance, with reported relative decreases of 76% and 78%, respectively.

Implications of the study span many fields, including building construction, road maintenance, sensor and generator optimization and structural health monitoring.

By 2050, the United Nations predicts two-thirds of the world population will be concentrated in cities. Given the trend toward urbanization, cement production is expected to skyrocket. Introducing green concrete that employs lighter, higher-performing cement will reduce its overall carbon footprint by extending maintenance schedules and reducing waste.

Alternately, smart materials allow cities to meet the needs of growing populations in terms of connectivity, energy and multifunctionality. Carbon-based nanomaterials including graphene nanoplatelets are already being considered in the design of smart cement-based sensors for structural health monitoring.

Akono said she’s excited for both follow-ups to the paper in her own lab and the ways her research will influence others. She’s already working on proposals that look into using construction waste to form new concrete and is considering “taking the paper further” by increasing the fraction of nanomaterial that cement contains.

“I want to look at other properties like understanding the long-term performance,” Akono said. “For instance, if you have a building made of carbon-based nanomaterials, how can you predict the resistance in 10, 20 even 40 years?”

The study, “Fracture toughness of one- and two-dimensional nanoreinforced cement via scratch testing,” was supported by the National Science Foundation Division of Civil, Mechanical and Manufacturing Innovation (award number 18929101).

Akono will give a talk on the paper at The Royal Society’s October meeting, “A Cracking Approach to Inventing Tough New Materials: Fracture Stranger Than Friction,” which will highlight major advances in fracture mechanics from the past century.