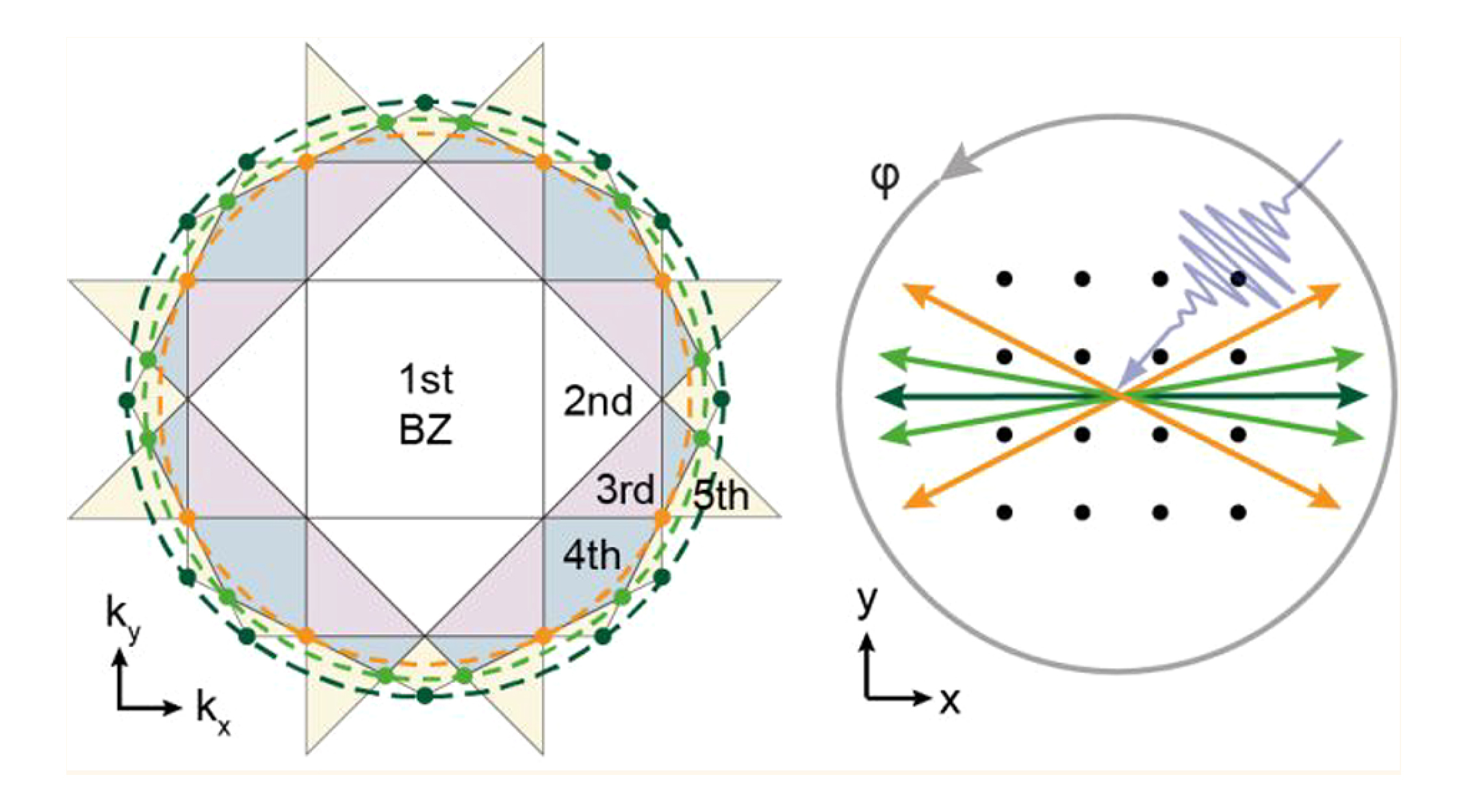 You might not think so from looking at the smartphone in your hand, but conventional lasers are pretty big and bulky. With nanolasers, there’s an opportunity to realize major advances in speed, size, and reliability for applications such as quantum circuits and microprocessors for ultra-fast electronics. However, one of the challenges that has arisen is how to efficiently guide the laser emission along a chip’s surface.

“Our study offers a design strategy to realize real-time tunable lasing wavelengths by lattice rotation, which is not possible in conventional lasers,” said Teri W. Odom, who led the research. “By combining advances in nanostructure fabrication, theoretical modeling, and optical characterization, we can imagine nanolaser devices with unique functionalities.”

The study was published in the March issue of ACS Nano.

Odom is the Chair of Northwestern’s Chemistry Department and the Charles E. and Emma H. Morrison Professor of Chemistry in the Weinberg College of Arts and Sciences. She is also an affiliated faculty member of Northwestern’s International Institute for Nanotechnology. Jun Guan, a graduate student in Odom’s laboratory, is the paper’s first author.

A laser can be defined as a single-color, directional, and intense light source. In a traditional laser, two mirrors amplify light by sending it backwards and forwards through an emitting material to generate lasing output. To make portable, miniaturized laser devices, various cavity architectures such as microscale disks and periodic nanostructures have replaced bulky mirrors. However, designing nanoscale lasers for on-chip, optical communication requires the ability to efficiently guide the coherent emission along a chip’s surface.

To solve this challenge, Odom’s team took advantage of Brillouin zones to manipulate the emission direction of their nanolaser. A Brillouin zone (BZ) describes the behavior of photons in a periodic system. Odom’s team showed that BZs can provide a geometric method to predict the energies and directions at which photons are scattered into their surroundings. These predictions were validated in their nanolaser devices, where organic dye molecules were integrated with aluminum nanoparticle lattices. The emitted light from the dyes was trapped by the lattice, and the output laser beams could be steered along the lattice plane.

In addition, by doubling the lattice periodicity to access multiple high-order BZs, Odom’s team realized three laser colors simultaneously from a single lattice. These three colors emit along different in-plane directions characterized by the (azimuthal) rotation of the lattice.

“We were excited to realize real-time, rotationally tunable lasers based on our scientific discoveries of light scattering,” said Guan.

The paper, “Identification of Brillouin Zones by In-Plane Lasing from Light-Cone Surface Lattice Resonances,” was supported by the National Science Foundation (DMR-1904385), the Vannevar Bush Faculty Fellowship from Department of Defense (N00014-17-1-3023), as well as the EPIC and NUFAB facility of Northwestern University’s NUANCE Center; the MRSEC program the Materials Research Center; the International Institute for Nanotechnology; and the Keck Foundation. Odom and George C. Schatz, Charles E. and Emma H. Morrison Professor of Chemistry in Weinberg, are the corresponding authors.