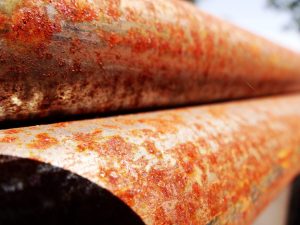 —Northwestern Chemistry Professor Franz Geiger and his lab have developed a metal film—1,000 times thinner than a plastic bag (and including a few nanometers of rust) that generates power when ocean or freshwater flows over it.  The research was recently highlighted in a BBC radio interview (the interview begins at 18:17) and in the magazine, Smithsonian.