Nanotherapy offers new hope for the treatment of Type 1 diabetes 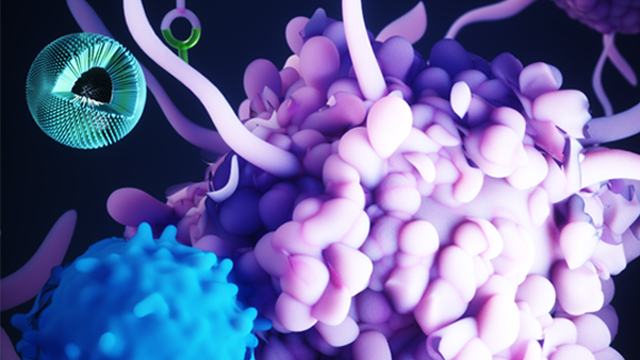 Engineered nanocarriers can be used to deliver drugs via different pathways and to specific cell types to generate a more controlled, amplified and protective therapy while reducing negative side effects for individuals living with Type 1 diabetes.

Individuals living with Type 1 diabetes must carefully follow prescribed insulin regimens every day, receiving injections of the hormone via syringe, insulin pump or some other device. And without viable long-term treatments, this course of treatment is a lifelong sentence.

Pancreatic islets control insulin production when blood sugar levels change, and in Type 1 diabetes, the body’s immune system attacks and destroys such insulin-producing cells. Islet transplantation has emerged over the past few decades as a potential cure for Type 1 diabetes. With healthy transplanted islets, Type 1 diabetes patients may no longer need insulin injections, but transplantation efforts have faced setbacks as the immune system continues to eventually reject new islets. Current immunosuppressive drugs offer inadequate protection for transplanted cells and tissues and are plagued by undesirable side effects.

Now a team of researchers at Northwestern University has discovered a technique to help make immunomodulation more effective. The method uses nanocarriers to re-engineer the commonly used immunosuppressant rapamycin. Using these rapamycin-loaded nanocarriers, the researchers generated a new form of immunosuppression capable of targeting specific cells related to the transplant without suppressing wider immune responses.

Ameer and Scott are affiliated faculty members of the International Institute for Nanotechnology.

Ameer has been working on improving the outcomes of islet transplantation by providing islets with an engineered environment, using biomaterials to optimize their survival and function. However, problems associated with traditional systemic immunosuppression remain a barrier to the clinical management of patients and must also be addressed to truly have an impact on their care, said Ameer.

“This was an opportunity to partner with Evan Scott, a leader in immunoengineering, and engage in a convergence research collaboration that was well executed with tremendous attention to detail by Jacqueline Burke, a National Science Foundation Graduate Research Fellow,” Ameer said.

Rapamycin is well-studied and commonly used to suppress immune responses during other types of treatment and transplants, notable for its wide range of effects on many cell types throughout the body. Typically delivered orally, rapamycin’s dosage must be carefully monitored to prevent toxic effects. Yet, at lower doses it has poor effectiveness in cases such as islet transplantation.

Scott, also a member of CARE, said he wanted to see how the drug could be enhanced by putting it in a nanoparticle and “controlling where it goes within the body.”

“To avoid the broad effects of rapamycin during treatment, the drug is typically given at low dosages and via specific routes of administration, mainly orally,” Scott said. “But in the case of a transplant, you have to give enough rapamycin to systemically suppress T cells, which can have significant side effects like hair loss, mouth sores and an overall weakened immune system.”

Following a transplant, immune cells, called T cells, will reject newly introduced foreign cells and tissues. Immunosuppressants are used to inhibit this effect but can also impact the body’s ability to fight other infections by shutting down T cells across the body. But the team formulated the nanocarrier and drug mixture to have a more specific effect. Instead of directly modulating T cells — the most common therapeutic target of rapamycin — the nanoparticle would be designed to target and modify antigen presenting cells (APCs) that allow for more targeted, controlled immunosuppression.

Using nanoparticles also enabled the team to deliver rapamycin through a subcutaneous injection, which they discovered uses a different metabolic pathway to avoid extensive drug loss that occurs in the liver following oral administration. This route of administration requires significantly less rapamycin to be effective — about half the standard dose.

“We wondered, can rapamycin be re-engineered to avoid non-specific suppression of T cells and instead stimulate a tolerogenic pathway by delivering the drug to different types of immune cells?” Scott said. “By changing the cell types that are targeted, we actually changed the way that immunosuppression was achieved.”

The team tested the hypothesis on mice, introducing diabetes to the population before treating them with a combination of islet transplantation and rapamycin, delivered via the standard Rapamune® oral regimen and their nanocarrier formulation. Beginning the day before transplantation, mice were given injections of the altered drug and continued injections every three days for two weeks.

The team observed minimal side effects in the mice and found the diabetes was eradicated for the length of their 100-day trial; but the treatment should last the transplant’s lifespan. The team also demonstrated the population of mice treated with the nano-delivered drug had a “robust immune response” compared to mice given standard treatments of the drug.

The concept of enhancing and controlling side effects of drugs via nanodelivery is not a new one, Scott said. “But here we’re not enhancing an effect, we are changing it – by repurposing the biochemical pathway of a drug, in this case mTOR inhibition by rapamycin, we are generating a totally different cellular response.”

The team’s discovery could have far-reaching implications. “This approach can be applied to other transplanted tissues and organs, opening up new research areas and options for patients,” Ameer said. “We are now working on taking these very exciting results one step closer to clinical use.”

Jacqueline Burke, the first author on the study and a National Science Foundation Graduate Research Fellow and researcher working with Scott and Ameer at CARE, said she could hardly believe her readings when she saw the mice’s blood sugar plummet from highly diabetic levels to an even number. She kept double-checking to make sure it wasn’t a fluke, but saw the number sustained over the course of months.

For Burke, a doctoral candidate studying biomedical engineering, the research hits closer to home. Burke is one such individual for whom daily shots are a well-known part of her life. She was diagnosed with Type 1 diabetes when she was nine, and for a long time knew she wanted to somehow contribute to the field.

“At my past program, I worked on wound healing for diabetic foot ulcers, which are a complication of Type 1 diabetes,” Burke said. “As someone who’s 26, I never really want to get there, so I felt like a better strategy would be to focus on how we can treat diabetes now in a more succinct way that mimics the natural occurrences of the pancreas in a non-diabetic person.”

The all-Northwestern research team has been working on experiments and publishing studies on islet transplantation for three years, and both Burke and Scott say the work they just published could have been broken into two or three papers. What they’ve published now, though, they consider a breakthrough and say it could have major implications on the future of diabetes research.

Scott has begun the process of patenting the method and collaborating with industrial partners to ultimately move it into the clinical trials stage. Commercializing his work would address the remaining issues that have arisen for new technologies like Vertex’s stem-cell derived pancreatic islets for diabetes treatment.

The paper, “Subcutaneous nanotherapy repurposes the immunosuppressive mechanism of rapamycin to enhance allogeneic islet graft viability,” was supported by the National Science Foundation (Award no. 1453576), the National Institute of Health Director’s New Innovator Award (NHLBI 1DP2HL132390-01), and the Center for Advanced Regenerative Engineering.