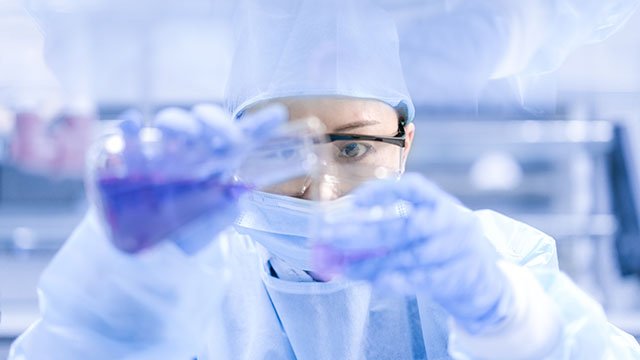 A global pandemic has not blunted Northwestern University’s remarkable research enterprise, which has grown to $886 million for fiscal year 2020, closing Aug. 31. The new figure represents an 11% increase over last year’s record-setting total of $797.8 million and makes Northwestern the largest academic research site in the state of Illinois.

The growth was led by a 20% increase in funding for Northwestern University Feinberg School of Medicine, which attracted more than $640 million in sponsored awards. Funding from the National Institutes of Health jumped by 19% to $483.6 million. More than $34 million in awards derived from investigations related to COVID-19 out of $133.5 million in COVID-related proposals submitted during the fiscal year. The McCormick School of Engineering and the Weinberg College of Arts and Sciences also brought in about $100 million each, while the School of Communication saw an 8% increase in sponsored funding, with faculty there attracting $13 million. The figures are currently being audited in preparation for a forthcoming final report.

While biomedical research continues to be Northwestern’s most active area, other research areas, including nanotechnology, energy and sustainability, and quantum science have also advanced. In fact, the Department of Energy recently awarded Fermi National Laboratory $115 million in funding to pursue quantum information science — including a revolutionary quantum computer. Seventeen Northwestern investigators from across disciplines in Weinberg and McCormick are involved in the new Superconducting Quantum Materials and Systems Center (SQMS), including physicist James Sauls, who serves as deputy director alongside SQMS director and Fermilab scientist Anna Grassellino, who holds a joint appointment at Northwestern.

“Northwestern continues its spectacular research ascent,” said Vice President for Research Milan Mrksich. “This year’s funding success — the latest in a consistently strong, decade-plus rise — helps drive our transformative investigations across all fields, in STEM and the social sciences domain, and underscores why we are ranked in the nation’s top 10 universities.” Mrksich noted that Northwestern’s strong culture for collaborative research has played an important role in “making our research enterprise the largest in the state.”

“We are also proud that much of our research leads to the formation of technology companies and contributes significant economic benefits for Chicagoland and Illinois,” Mrksich said.

He credited the University’s success to its exceptional breadth of expertise in multiple areas. He also cited the vital role that donors have played by supporting the recruitment of world-class talent and making possible state-of-the-art research facilities, such as the Simpson Querrey Biomedical Research Center that enables breakthrough science to occur at the intersection of disciplines like medicine and engineering. Mrksich also praised the dedication of the University’s administrative staff, including those in the Office for Research whose many efforts help investigators secure funding, remain compliant with complex regulatory requirements, support core facilities, and keep research spaces safe.

For example, the Sponsored Research team was instrumental in this year’s funding success. The team set up more than 3,400 awards totaling $886 million, as well as reviewed and processed 3,750 proposals totaling approximately $3.6 billion. Staff there also executed more than 5,600 contracts, a category that includes clinical trials, negotiated research agreements, outgoing subcontracts, material transfer, amendments, and data use and confidentiality disclosure agreements.

“This has been another banner year for Northwestern research, but it’s also great news for the larger society that benefits from our teaching and research,” Mrksich said. “Our success has made us a leader in the region, the state and the nation — and we continue to raise our profile globally. We have an incredible team of faculty, staff, students and administrators who have made Northwestern a global research destination. I am incredibly excited about the impact our work already produces, even as we close in on $1 billion in annual sponsored funding.”

The continued success in developing Northwestern’s research capacity has occurred despite the daunting challenges of the COVID-19 pandemic. In fact, Northwestern investigators have been among those in the forefront of the fight against the novel coronavirus, and significant funding this year contributed to those investigations. In addition, five Northwestern investigators each garnered more than $10 million in research funding this year, including for important work in the areas of infectious disease, critical care, preventive medicine and medical social sciences.