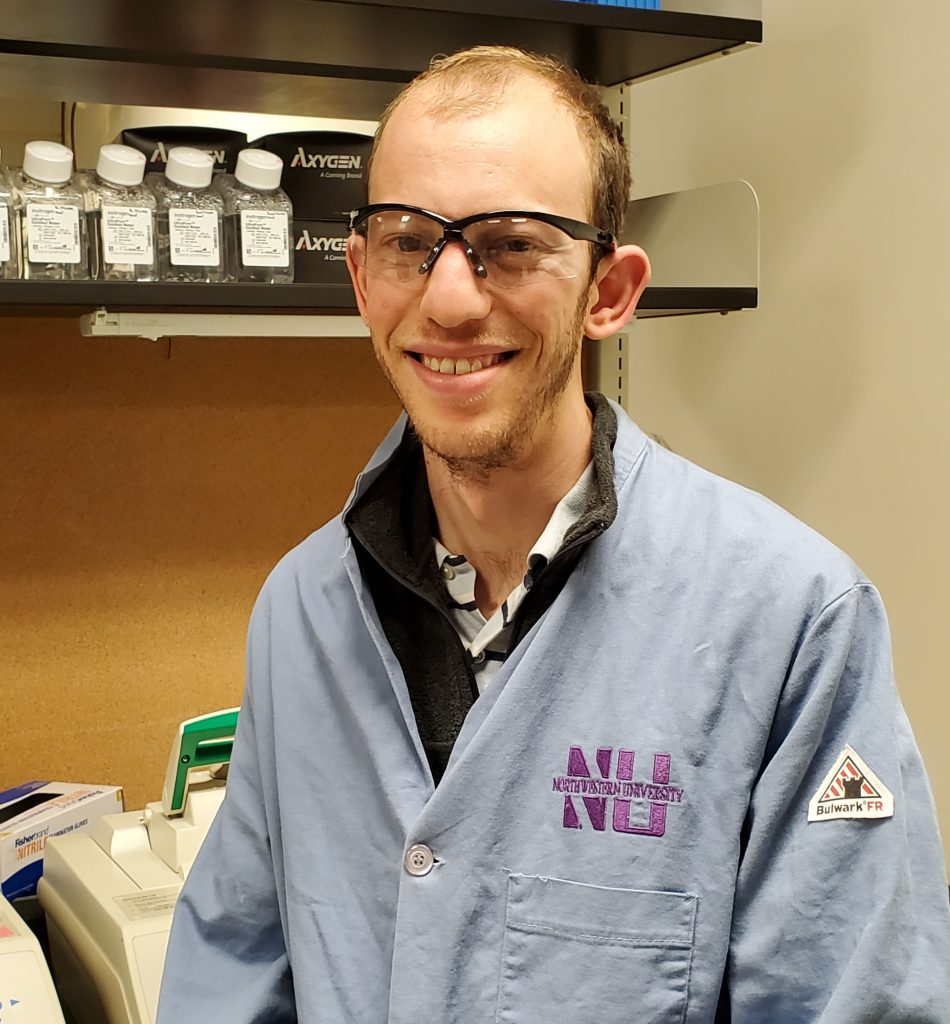 Where are you originally from?
Alpharetta, GA, a suburb of Atlanta. I graduated from Georgia Tech in 2016.

When did you first become interested in synthetic biology?
I knew I was interested in bioengineering coming into college, studying chemical and biomolecular engineering at GT, but I wasn’t sure exactly what flavor of research I wanted to do. I wound up more or less by chance on a synthetic biology research project that I stuck with for three years (and recently got published!) and decided that was what I wanted to do for my doctoral work too.

How do you explain what you study to non-scientists?
I work on biosensors: essentially, miniature laboratory tests that will produce a visible output (light or color) when a chemical stimulus is present. My work mainly focuses on detecting health biomarkers for human performance (like cortisol and dopamine) or water contaminants (like mercury, arsenic, or nitrate).

Can you tell me about some potential applications for your work?
It’s pretty easy for our stuff–we envision that these sensors can be used outside the laboratory by the average consumer (an untrained scientist). Take a tube with a freeze-dried sensor, add a drop of water, and if the water is contaminated, then a visible output is produced. Similar idea for health biomarkers using biological fluids. The WHO estimates at least a third of the world is missing access to clean drinking water; there is an enormous unmet need for field-deployable diagnostics.

Where do you hope to be with your career in the next five years?
I aim to work in the biotechnology industry, likely at a startup, maybe not doing biosensors but definitely something related to my work in synthetic biology.

Can you tell me about your experiences with mentoring here at Northwestern?
I’ve been lucky enough to have two great mentoring experiences from my PIs, Mike Jewett and Julius Lucks. I hadn’t originally come in with the intent of a co-advising situation but it has been very positive for my science to get professional insight and expertise from two leading figures in the synthetic biology community.

What’s the best part about being a student in the Jewett group?
The people, for sure: some of my closest personal and professional friends are my labmates in both the Jewett and Lucks labs and it’s astounding how often the question “Has anyone ever tried..?.” can be answered affirmatively when like-minded and dedicated scientists work together toward common goals.

What are your hobbies outside of the lab?
I’m a medium sports fan but am especially passionate about tennis; I played all through my childhood and my research productivity often caves during the Grand Slams. Beyond that, our bar trivia team (admittedly composed of a few other IIN members) is outrageously competitive. Obligatory shill: we are actively soliciting members with deep knowledge of country music, please contact if interested.