‘Like a fishing net,’ nanonet collapses to trap drug molecules 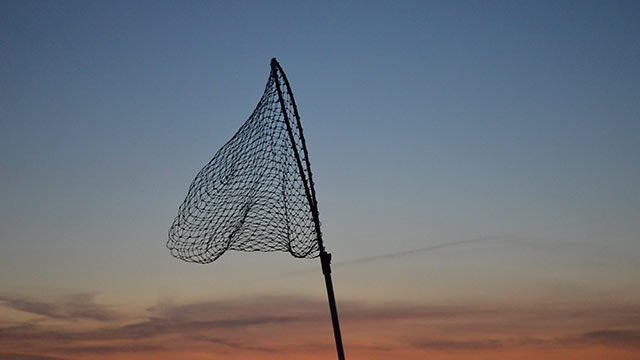 Northwestern University researchers are casting a net for nanoparticles.

The team has discovered a new, rapid method for fabricating nanoparticles from a simple, self-assembling polymer. The novel method presents new possibilities for diverse applications, including water purification, diagnostics and rapidly generating vaccine formulations, which typically require many different types of molecules to be either captured or delivered at the same time.

Using a polymer net that collapses into nanoscale hydrogels (or nanogels), the method efficiently captures over 95% of proteins, DNA or small molecule drugs — alone or in combinations. By comparison, loading efficiency is typically between 5% and 20% for other nanoparticle delivery systems.

“We use a polymer that forms a wide net throughout an aqueous solution,” said Northwestern’s Evan A. Scott (pictured), who led the study. “Then we induce the net to collapse. It collects anything within the solution, trapping therapeutics inside of nanogel delivery vehicles with very high efficiency.”

“It works like a fishing net, which first spreads out due to electrostatic repulsion and then shrinks upon hydration to trap ‘fish,’” added Fanfan Du, a postdoctoral fellow in Scott’s laboratory.

The paper was published last week (Sept. 29) in the journal Nature Communications.

Molecules found in nature, such as DNA and peptides, can rapidly self-assemble and organize into diverse structures. Mimicking this process using human-made polymer systems, however, has remained limited. Previously developed processes for self-assembling drug delivery systems are time consuming, labor intensive and difficult to scale. The processes also tend to be woefully inefficient, culminating in a small fraction of the drug actually making it inside the delivery system.

“Clinical application of self-assembled nanoparticles has been limited by difficulties with scalability and with loading large or multiple therapeutics, especially proteins,” Scott said. “We present a highly scalable mechanism that can stably load nearly any therapeutic molecule with high efficiency.”

Scott’s team found success by using a polypropylene sulfone (PPSU) homopolymer, which is highly soluble in dimethylsulfoxide (DMSO) solution, but forms electrostatic and hydrophilic aggregates in water. The aggregates are amphiphilic, which causes them to assemble into networks and eventually collapse into gels.

“Adding more water induces the network to collapse, leading to the formation of nanogels,” Du said. “The manner in which water is added affects the PPSU chain formation, which changes the nanogels’ size and structure.”

In addition to drug delivery applications, the researchers also believe the novel method could be used for water purification. The network could collapse to collect contaminants in water, leaving pure water behind.

Scott is a member of Northwestern’s Simpson Querrey Institute, Chemistry of Life Processes Institute, Interdisciplinary Biological Sciences Program and Northwestern University Robert H. Lurie Comprehensive Cancer Center. He has a secondary appointment in the department of microbiology-immunology at the Feinberg School of Medicine.