Liangfang Zhang was recognized with the 2017 Kabiller Young Investigator Award for his creation of a unique biology-mimicking nanotechnology that holds great promise in the field of medicine.

His research has opened new opportunities for nanomedicine to address diseases like cancer, infectious disease, and cardiovascular disease, among others. 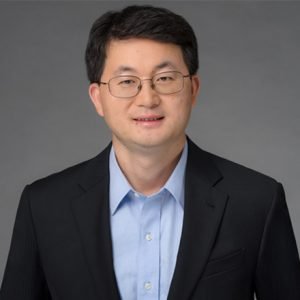 “I am delighted to receive this prestigious recognition.

“The Kabiller award certainly further motivates me and my lab to work hard on the development and translation of our technology, aiming to make big scientific and socioeconomic impacts.”

Liangfang Zhang received his BE and MS degrees from Tsinghua University, China, and his PhD in Chemical Engineering from the University of Illinois at Urbana-Champaign in 2006 under the supervision of Prof. Steve Granick.

Zhang was a postdoctoral associate in the laboratory of Professor Robert Langer at MIT during 2006-2008. He joined the Department of Nanoengineering and Moores Cancer Center at the University of California, San Diego as an Assistant Professor in July 2008 and moved up through the ranks to become a full Professor in 2014.

Zhang has published 150 peer-reviewed articles and holds over 50 issued/pending patents. He has received many awards including the ACS Victor K. LaMer Award, ACS Unilever Award, MIT Technology Review’s TR35 Innovator Award, and the AIChE Allan P. Colburn Award. In 2016, Popular Science named him one of the ten most innovative young minds in science and engineering. This year, he was selected as the U.S. nominee for the APEC Science Prize for Innovation, Research and Education (ASPIRE).

By expanding this technology from using red blood cells to using white blood cells, immune cells, neuron cells, or cancer cells, Zhang’s technology creates a series of biomimetic nanoparticles that have the same surface makeup as the source cells and have unique functions.