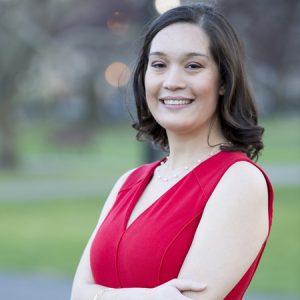 The three are included among the 128 outstanding early-career scholars to be recognized for achievements and potential to bring substantial contributions to their scientific fields. Awarded annually, this years’ class draws from a diverse range of 58 institutions across the U.S. and Canada.

The two-year $75,000 fellowship is one of the most competitive and prestigious awards available to young researchers, and past fellows have gone on to become some of the most decorated experts in their field.

The fellowships are awarded each year in the fields of chemistry, computer science, economics, mathematics, computational and evolutionary molecular biology, neuroscience, ocean sciences and physics.

“A Sloan Research Fellow is a rising star, plain and simple,” said Adam F. Falk, president of the Alfred P. Sloan Foundation. “To receive a Fellowship is to be told by the scientific community that your achievements as a young scholar are already driving the research frontier.”

Kalow is an assistant professor of chemistry in the Weinberg College of Arts and Sciences. The Kalow lab focuses primarily on controlling the synthesis and properties of polymeric materials with light. The applications of her research include recyclable elastomers, gels that mimic tissue for cell culture and semiconducting polymers for lightweight, flexible devices.

Administered and funded by the Alfred P. Sloan Foundation, the fellowships are awarded in close cooperation with the scientific community. Potential fellows must be nominated for recognition by their peers and subsequently are selected by an independent panel of senior scholars.