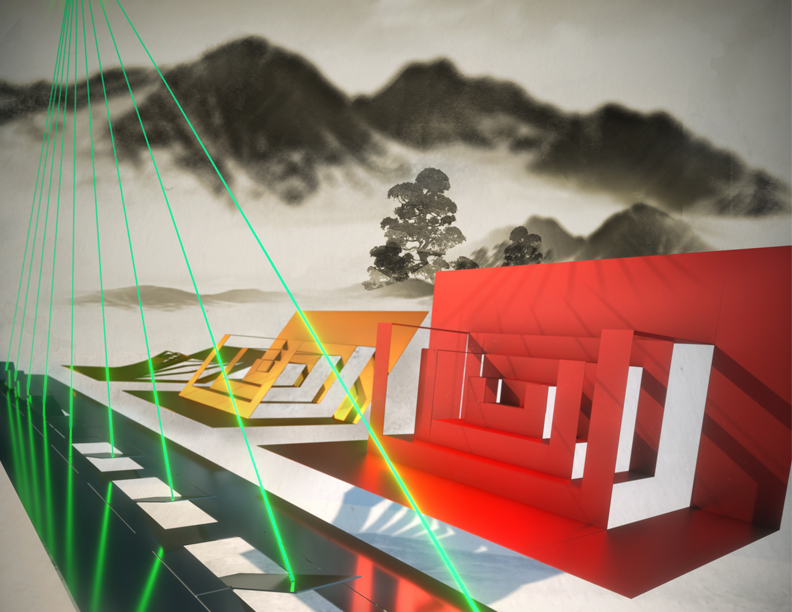 ‘Kirigami cuts’ can be used to create 3D microstructures and nanotools

Paper snowflakes, pop-up children’s books and elaborate paper cards are of interest to more than just crafters. A team of Northwestern University engineers is using ideas taken from paper-folding practices to create a sophisticated alternative to 3D printing.

Kirigami comes from the Japanese words “kiru”(to cut) and “kami”(paper) and is a traditional form of art in which paper is precisely cut and transformed into a 3D object. Using thin films of material and software to select exact geometric cuts, engineers can create a wide range of complex structures by taking inspiration from the practice.

Research, published in 2015, showed promise in the kirigami “pop-up” fabrication model. In this iteration, the ribbon-like structures created by the cuts were open shapes, with limited ability to achieve closed shapes. Other research building on the same inspiration mainly demonstrates that kirigami can be applied at a macroscale with simple materials like paper.

Horacio Espinosa, a mechanical engineering professor in the McCormick School of Engineering, said his team was able to apply concepts of design and kirigami to nanostructures. Espinosa led the research and is the James N. and Nancy J. Farley Professor in Manufacturing and Entrepreneurship.

“By combining nanomanufacturing, in situ microscopy experimentation, and computational modeling, we unraveled the rich behavior of kirigami structures and identified conditions for their use in practical applications,” Espinosa said.

The researchers start by creating 2D structures using state-of-the-art methods in semiconductor manufacturing and carefully placed “kirigami cuts” on ultrathin films. Structural instabilities induced by residual stresses in the films then create well-defined 3D structures. The engineered kirigami structures could be employed in a number of applications ranging from microscale grippers (e.g. cell picking) to spatial light modulators to flow control in airplane wings. These capabilities position the technique for potential applications in biomedical devices, energy harvesting, and aerospace.

Typically, there has been a limit to the number of shapes that can be created by a single kirigami motif. But by using variations in the cuts, the team was able to demonstrate film bending and twisting that result in a wider variety of shapes — including both symmetrical and asymmetrical configurations. The researchers demonstrated for the first time that structures at microscales, using film thicknesses of a few tens of nanometers, can achieve unusual 3D shapes and present broader functionality.

For example, electrostatic microtweezers snap close, which can be harsh on soft samples. By contrast, kirigami-based tweezers can be engineered to precisely control the grabbing force by tuning the amount of stretching. In this and other applications, the ability to design cut locations and predict structural behavior based on computer simulations takes out trial and error, saving money and time in the process.

As their research advances, Espinosa says his team plans to explore the large space of kirigami designs, including array configurations, in order to achieve a larger number of possible functionalities. Another area for future research is the embedding of distributed actuators for kirigami deployment and control. By looking into the technique further, the team believes kirigami can have implications in architecture, aerospace and environmental engineering.

The paper, “Kirigami engineering: Nanoscale structures exhibiting a range of controllable configurations,” was supported by the U.S. Department of Energy (contract number DE-AC02-06CH11357). The co-first authors are Espinosa and David Lopez at Penn State.