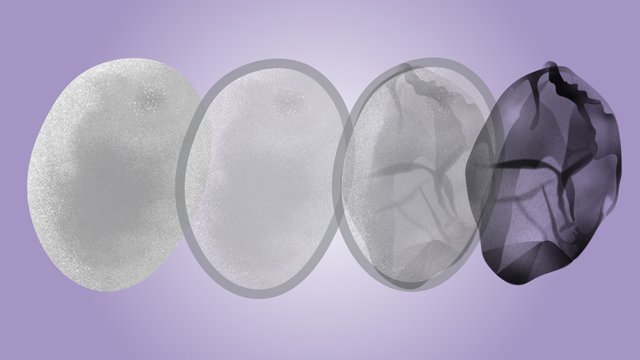 The idea of creating selectively porous materials has captured the attention of chemists and materials scientists for decades. Now, new research from Northwestern University shows that fungi may have been doing exactly this for millions of years.

When Nathan Gianneschi’s lab set out to synthesize melanin that would mimic that which was formed by certain fungi known to inhabit unusual, hostile environments, including spaceships, dishwashers and even Chernobyl, they did not initially expect the materials would prove highly porous — a property that enables the material to store and capture molecules.

Melanin has been found across living organisms, on our skin and the backs of our eyes, and as pigments for many animals and plants. It also plays a role in protecting species from environmental stressors. Turtle-headed sea snakes’ stripes darken, for example, in the presence of polluted water; moths living in industrial areas turn black as their cells absorb toxins in soot. The researchers wondered whether this type of biomaterial could be made more sponge-like to optimize these properties. And, in turn, whether sponge-like melanins existed already in nature.

“Melanin’s function isn’t fully known all the time and, in all cases,” said Gianneschi, the corresponding author on the study. “It’s certainly a radical scavenger in human skin and protects against UV damage. Now, through synthesis, we’ve happened upon this exciting material that very well may exist in nature. Fungi might make this material to add mechanical strength to their cells, but is porous, allowing nutrients across.”

The study was published Friday, March 5, in the Journal of the American Chemical Society.

Gianneschi is the Jacob and Rosaline Cohn Professor of Chemistry in the Weinberg College of Arts and Sciences. With appointments in the materials science and biomedical engineering departments in the McCormick School of Engineering, Gianneschi also is associate director of the International Institute for Nanotechnology.

The ability to create this material in a lab is encouraging for a number of reasons. In typical non-porous materials, particles adsorb only superficially on the surface. But porous materials, like allomelanin, soak up and hold undesirable toxins while letting good stuff, like air, water and nutrients, through. This may allow manufacturers to create breathable, protective coatings for uniforms.

“You’re always excited by discovering something that’s potentially useful,” Gianneschi said. “But there’s also the intriguing idea that by discovering this, maybe more materials like this exist out there in biology already. There aren’t many examples where chemical synthesis leads to a biological discovery. It’s most often the other way around.”

Naneki McCallum, a graduate student researcher in the lab and first author on the paper, had noticed that under the right conditions, melanin appeared to be hollow, or could be made to contain what looked like voids by electron microscopy. When the team came across the synthetic material, they began experimenting with porosity and selectivity of the materials for adsorbing molecules in those voids.

In a key demonstration, the team, working with researchers at the Naval Research Laboratory, was able to show that the new porous melanin would act as a protective coating, preventing simulants of nerve gas from getting through. Inspired by this result, they then isolated naturally occurring melanin from fungal cells. This was done by etching away biomaterial from within, leaving a shell containing melanin. They call these structures “fungal ghosts” for the elusive, hollow shape’s “Casper”-like quality. The material, derived from fungi could also, in turn, be used as a protective layer in fabrics. Remarkably, the material stays breathable, allowing water to pass, while trapping toxins.

Another benefit to this material is its simplicity, as it’s easily produced and scaled from simple molecular precursors. In the future, it could be used to make protective masks and face shields and has potential for applications in long- distance space flight. Coating materials in space would allow astronauts to store toxins they’re breathing out while protecting themselves from harmful radiation, making for less waste and weight.

It’s also a step toward selective membranes, a highly complex field of study that aims to take compounds like water and allow healthy minerals to pass through while blocking heavy metals like mercury.

“Fungi can thrive in places where other organisms struggle, and they have melanin to help them do it,” McCallum said. “So, we ask, what are the properties that we can harness by recreating such materials in the lab?”

The study was supported by a MURI through the Air Force Office of Scientific Research (AFOSR FA9550-18-1-0142) and the Defense Threat Reduction Agency (HDTRA1-19-19-1-0010). The paper is titled “Allomelanin: A Biopolymer of Intrinsic Microporosity.”