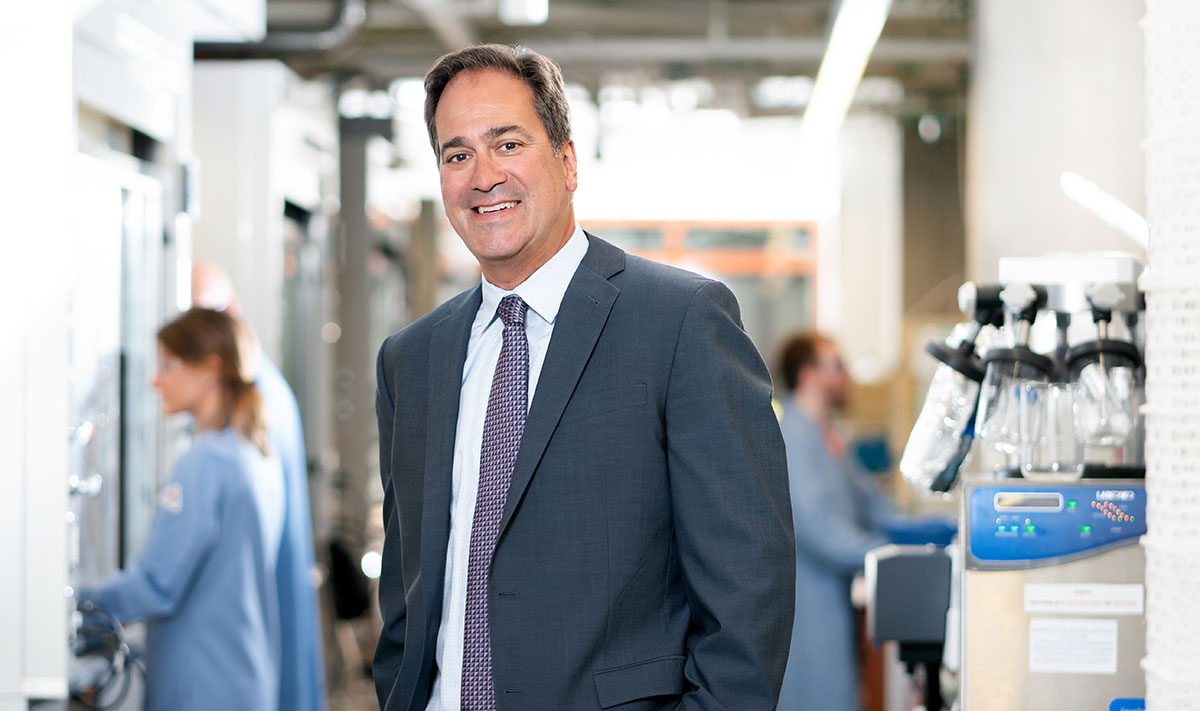 UK prize is the first in Northwestern’s history

Among the most prestigious honors for engineers and scientists, the Faraday Medal is the IET’s highest award and is given for notable scientific or industrial achievement. Mirkin is being recognized “for inventing and developing many of the tools, techniques, and materials that have defined the modern age of nanotechnology,” according to the official announcement.

“When people talk about world-class interdisciplinary research leaders, Chad Mirkin is at the top of the list, with countless advances that have shaped the entire field,” said Milan Mrksich, vice president for research at Northwestern. “Chad is an icon in the nanotechnology field — for good reason. His passion, curiosity, and brilliance are directed at solving big challenges and advancing high-impact innovation. His many scientific and entrepreneurial achievements have created practical technologies that benefit society, and he has led a vibrant community in our International Institute for Nanotechnology. This latest honor is a well-deserved recognition of his leadership at Northwestern and in the nanotechnology field.”

Mirkin is widely recognized for his invention of spherical nucleic acids (SNAs) and the development of biological and chemical diagnostic and therapeutic systems and materials synthesis strategies based upon them.

SNAs can naturally enter human cells and tissues and cross biological barriers that conventional structures cannot, making it possible to detect or treat disease on the genetic level while leaving healthy cells untouched. They have been the basis for more than 1,800 commercial products used in medical diagnostics, therapeutics and life science research.

Mirkin also is a pioneer in the field of artificial intelligence-based materials discovery, which involves the use of high throughput synthesis techniques combined with machine learning and unprecedentedly large and high-quality data sets — obtained from megalibraries of millions of positionally-encoded nanoparticles — to rapidly identify and evaluate new materials for applications in pharmaceuticals, clean energy, catalysis, and other industries.

Mirkin is also known for the invention of dip-pen nanolithography, which was described by National Geographic as one of the “top 100 scientific discoveries that changed the world”; and HARP (high-area rapid printing) technology, a 3D printing process that can produce hard, elastic or ceramic parts at record-breaking throughput. He is the co-founder of multiple companies, including TERA-print, Azul 3D and Holden Pharma, which are aimed at transitioning advances in nanotechnology to the life sciences, biomedical and advanced manufacturing industries.

“It’s incredible,” Mirkin said. “The people that have won in the past constitute a who’s who list of those that have changed the world through science and engineering. When I look at the past recipients, the discoverer of the electron, the person who first split an atom, the inventor of the first computer, it’s an unbelievable history, an incredible honor, and I am obviously absolutely thrilled to be among that crew.”

The Faraday Medal, part of the IET Achievement Medals collection of awards, is named after Michael Faraday, the father of electromagnetism and a top inventor, chemist, engineer and scientist. Even today, his electromagnetic conduction principles are widely used across electric motors and generators.

First awarded 100 years ago to Oliver Heaviside, who is credited with transmission line theory, the medal is one of the oldest still being awarded. Mirkin joins esteemed winners including Charles Parsons, the inventor of the modern steam turbine (1923); J.J. Thomson, who in 1925 was recognized for discovering electrons; Ernest Rutherford, discoverer of the atomic nucleus (1930); and Maurice Wilkes, who is credited with helping design and build the first electronic computer (1981).

Mirkin will be honored at a ceremony hosted by the IET in London on the evening of Oct. 20.

“Our medal winners today are innovators who have all made a difference to the world in which we live,” IET President Bob Cryan said in a statement. “The apprentices and technicians are all amazing, already achieving great things in their careers and inspiring others around them. They should all be rightly proud of their achievements – they are incredible role models for the next generation.”