Cells are incredibly adept at creating complex molecules, like therapeutics, and can do so much better than many of our best factories.

Synthetic biologists look to re-engineer cells to make these molecules for specific needs, including pharmaceuticals and energy applications. But the trial-and-error process is difficult and time-consuming, and often competes with the cell’s other goals and processes, like growth and survival. 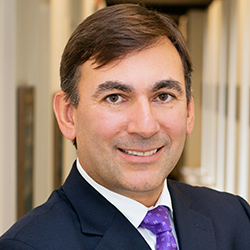 “With these two methods, we can build thousands of potential mixtures and test them all in a single day, a much faster process that will give new insights and design rules for synthetic biologists,” said Milan Mrksich, the Henry Wade Rogers Professor of Biomedical Engineering, Chemistry, and Cell and Molecular Biology at Northwestern’s McCormick School of Engineering. He is also the co-director of Northwestern’s Center for Synthetic Biology.

The results were published June 5 in the journal Science Advances. Michael Jewett, the Charles Deering McCormick Professor of Teaching Excellence, professor of chemical and biological engineering, and co-director of the Center for Synthetic Biology, is a co-corresponding author of the research.

Cells develop complex molecules through enzymes, the protein that is used to convert one molecule to another. Through a series of these conversions, a metabolite becomes a complex molecule, one that often is associated with societal benefit. 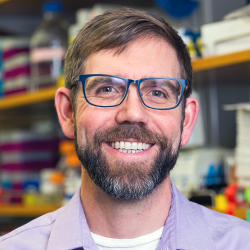 For engineers to mimic this process, they need to identify which enzymes are required to give them the desired molecule. Once they understand that metabolic pathway, they can engineer a cell — often a bacteria cell — to make the enzymes to create the target molecule. For example, Coenzyme A (CoA) is a central molecule in metabolism, and synthetic biologists have used its dependent pathways to engineer antimalarial drugs, brewer’s yeast, and advanced biofuels.

But finding these pathways is a trial-and-error process that can take days of effort to both engineer and then test the outcome. To get past this, Jewett’s lab has developed a process of cell-free protein synthesis that creates just the enzymes needed to make the target product molecules, but without having to use the whole cell itself. Here, the lab created enzymes, which allows them to mix and match potential enzymes in reaction tubes without having their ultimate goals compete with a cell’s other goals, like maintaining its metabolism.

Once these solutions are created, testing their success requires at least a half hour per sample. Because there are so many possible solutions, that manual process is not efficient enough to search for the optimal outcomes.

That’s where Mrksich’s SAMDI mass spectrometry comes in. The technology measures biochemical reactions extremely quickly and cheaply. “We can easily test 10,000 reaction mixtures in a single day to determine which molecules were synthesized and how much of each is present in the reaction mixtures,” Mrksich said.

Additionally, the method allows them to observe all the molecules present in the reaction, which means they can find molecules that they weren’t necessarily searching for in the first place. “That’s pretty exciting,” Mrksich said. “It’s a powerful scientific tool that teaches us about how these reactions are balanced and trade off each other in the cell.”

To prove this method, the researchers synthesized hydroxymethylglutaryl-CoA (HMG-CoA), a common metabolite used in the synthesis of many complex molecules, including a class of important molecules known as isoprenoids (including steroids and cancer drugs), and mapped more than 800 unique reaction conditions.

“Today, a typical synthetic biology project might explore dozens of variants of a pathway,” Jewett said. “With our method, we show it’s possible to test hundreds to thousands of pathway variations. This is important because it will enable new types of data driven design to facilitate pathway optimization.”

Because the SAMDI method creates so many data points for each test, the researchers hope to employ more machine learning and artificial intelligence methods going forward to help them analyze and make sense of all the data.

The ultimate goal is to have enough of an understanding to harness the power of a cell to create next-generation pharmaceuticals and sustainable chemicals for energy. Just as rapid increases in the performance of computational devices — described by Moore’s law — has had a profound impact on the entire computation and consumer electronics industry, “this approach represents the next step in engineering that will have an analogous impact on synthetic biology for all of its applications,” Jewett said.

“Imagine replacing entire factories with a barrel of bacteria,” Mrksich said. “Those bacteria cells can be engineered to produce our target molecules, without the high temperatures and unsafe solvents and chemicals that are normally required.. It’s an attractive route to manufacturing chemicals, and with this new process, we’ve significantly improved the efficiency with which the pathways can be discovered and optimized.”

The research was funded in part by the IIN Air Force Center of Excellence (C-ABN).

Read the full article on the website for Northwestern’s McCormick School of Engineering.