“The prestige of the Kabiller Prize draws attention to nanoscience and nanomedicine, which have truly changed the world,” said Walt. “It is a true honor and thrill to be recognized for our contributions to these transformative fields.”

Walt developed an interest in science during a childhood spent exploring the fields and forests near his home in Detroit, Michigan. In his freshman year of college at the University of Michigan, his career aspirations crystallized when he joined a research lab and experienced the thrill of encountering new materials that he realized no one in the world had seen before. This led him to pursue his Ph.D. in chemical biology from SUNY at Stonybrook, followed by postdoctoral studies at MIT.

Soon after joining the faculty at Tufts University, Walt became interested in sensors and biosensors. Conversations with collaborators led him to recognize a need in the field for more sensitive genetic analyses on a much larger scale. In 1996 he invented the microwell array, a platform for ultrasensitive biomarker detection with a near-limitless capacity to do genetic analysis. This transformative invention contributed to the ability to sequence entire genomes for under $1,000.

Walt is the Hansjörg Wyss Professor of Bioinspired Engineering at Harvard Medical School, professor of pathology at Harvard Medical School and Brigham and Women’s Hospital, a Core Faculty Member of the Wyss Institute at Harvard University, a Howard Hughes Medical Institute Professor, and codirector of the Mass General Brigham Center for COVID Innovation. He is the Scientific Founder of Illumina, Inc. and Quanterix Corp. and has co-founded several other life sciences startups including Ultivue, Inc., Arbor Biotechnologies, Sherlock Biosciences, Vizgen Corp., and Torus Biosystems. He has received numerous national and international awards and honors for his fundamental and applied work in the field of optical microwell arrays and single molecules. He is a member of the National Academy of Engineering, the National Academy of Medicine, a Fellow of the American Academy of Arts and Sciences, a Fellow of the American Institute for Medical and Biological Engineering, and a Fellow of the National Academy of Inventors.

Walt is now working towards new diagnostic approaches and translating them into products that can non-invasively assess the states of certain forms of cancer, infectious diseases, and neurodegenerative diseases with greater accuracy. The technique, known as Single Molecule Arrays (Simoa), utilizes a novel digital readout method to provide the increased sensitivity critical for early disease diagnostics and for detecting differences between patients and healthy subjects that may be unobservable by other technologies.

While his transformative work has had an extraordinary impact on the field of nanoscale optical sensors and sensor arrays, Walt says one of the most delightful aspects of his career has been the opportunity to mentor so many bright, inquisitive students and postdocs in his laboratory, then watch them go on to apply their skills in careers of their own. 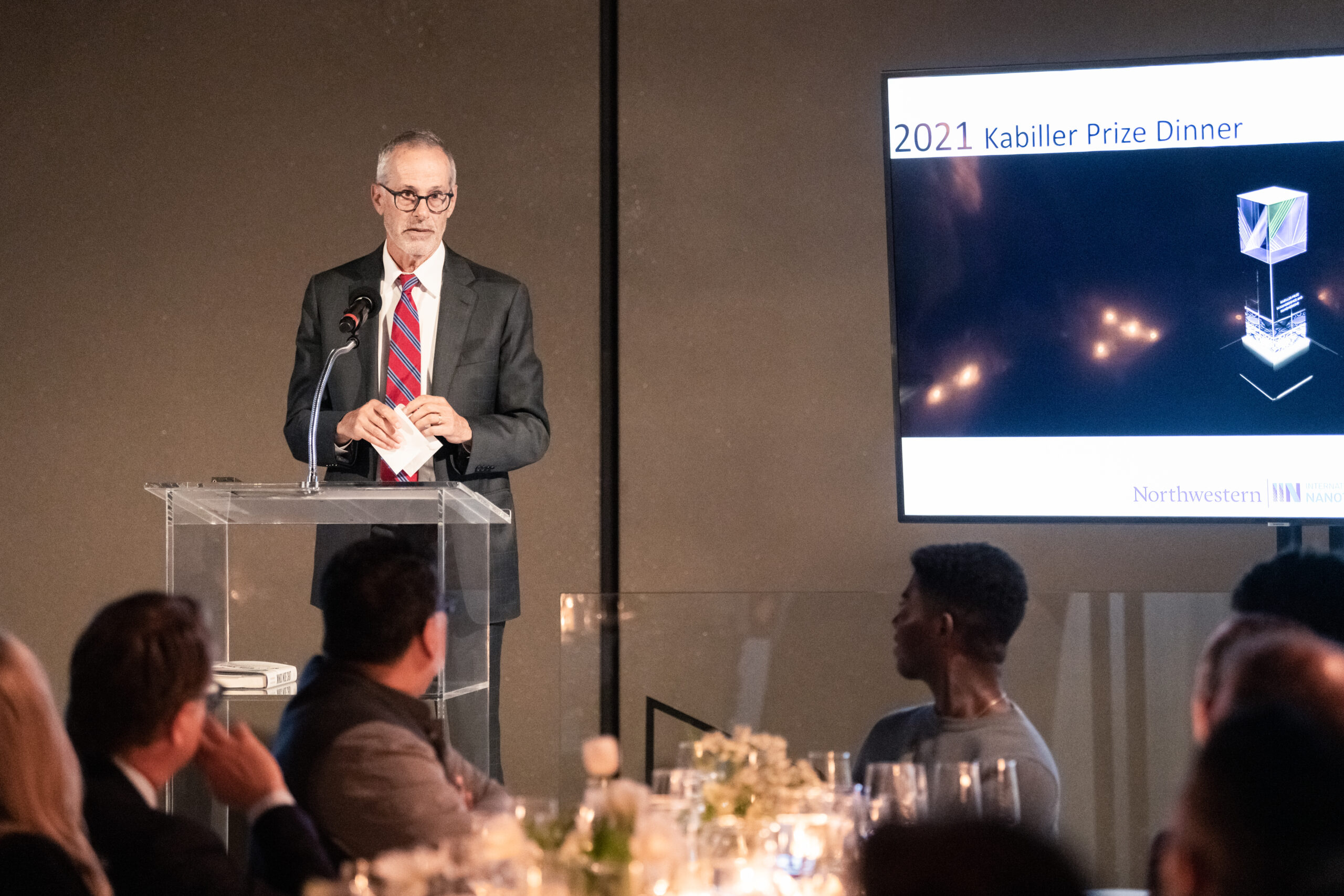 David Walt accepts the 2021 Kabiller Prize in Nanoscience and Nanomedicine