Chad A. Mirkin is a chemist and pioneer in the field of nanotechnology and its application to the field of medicine.

He is known for his discovery and development of spherical nucleic acids (SNAs)—a cornerstone of bionanotechnology, which has changed the way we think about and use DNA and RNA—as well as Dip-Pen Nanolithography, and other contributions to supramolecular chemistry.

“This is a remarkable recognition for three decades of work performed by hundreds of talented researchers from all parts of the world,” said Mirkin. “I am very grateful to David Kabiller for his commitment to advancing nanotechnology discoveries in biology and medicine. David is a visionary who not only sees the tremendous potential of nanotechnology, but also understood how it could transform Northwestern University.”

Mirkin, the founding director of the International Institute for Nanotechnology (IIN) and the George B. Rathmann Professor of Chemistry in Northwestern’s Weinberg College of Arts and Sciences, has synthesized many versions of SNAs, elucidated the fundamental chemical and physical properties that distinguish them from all other forms of matter, and used them in paradigm-shifting approaches to high-sensitivity, extra- and intracellular molecular diagnostic tools and pharmaceutical development.

These include over 1,800 commercial products in the life sciences, biomedicine, biotechnology, and pharmacology to-date, including one of the first FDA-cleared, menu-driven, point-of-care medical diagnostic systems, platforms capable of analyzing the genetic content of single living cells, and structures exceedingly useful for the treatment of skin disorders and cancers via both gene regulation and immunomodulatory pathways. Four SNAs are currently in human clinical trials for diseases spanning brain cancer to psoriasis.

With more than 1,100 issued and pending patents, and thousands of nano-based products on the market, he has played a significant role in translating his scientific discoveries into technologies that are changing the world. One of his inventions, dip-pen nanolithography, was recognized by the National Geographic as one of the top 100 innovations of the last century.

Mirkin served for eight years as a member of the President’s Council of Advisors on Science and Technology under President Barack Obama. He has been recognized for his accomplishments with more than 210 national and international awards, including the SCI Perkin Medal, Friendship Award, the Nano Research Award, the Raymond and Beverly Sackler Prize in Convergence Research, the Dan David Prize, the Wilhelm Exner Medal, the RUSNANOPRIZE, the Dickson Prize in Science, the American Institute of Chemists Gold Medal and the $500,000 Lemelson-MIT Prize. He has served on the editorial advisory boards of more than 20 scholarly journals, is the current associate editor of the Journal of the American Chemical Society (JACS) and the founding editor of the journal Small, one of the premier international nanotechnology journals. Mirkin also has co-edited multiple bestselling books.

Mirkin holds a bachelor’s degree from Dickinson College (’86, elected into Phi Beta Kappa) and a doctorate in chemistry from Pennsylvania State University (’89). He was a National Science Foundation postdoctoral fellow at MIT prior to becoming a professor at Northwestern University in 1991. 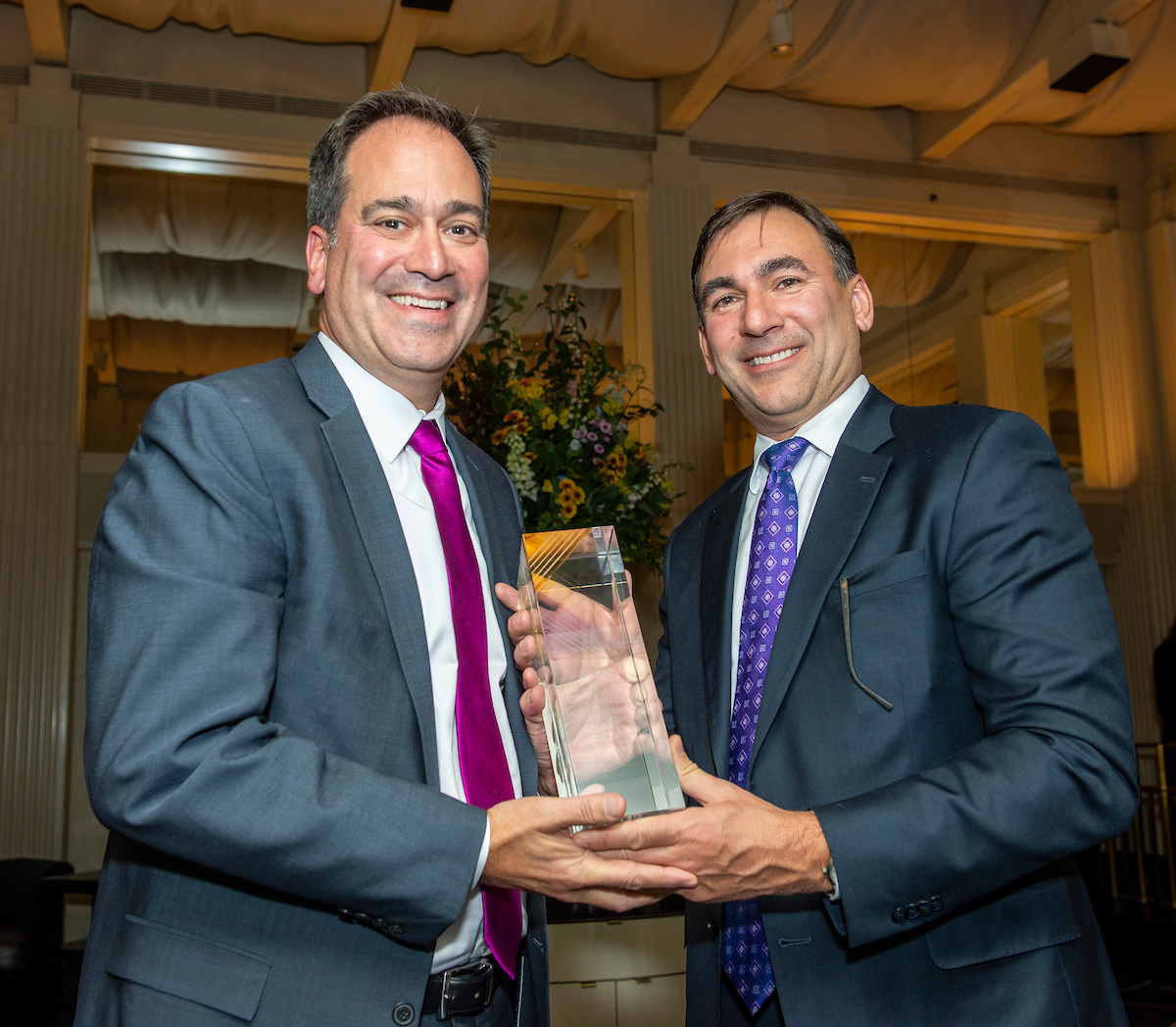