The 2017 Kabiller Prize honors Robert Langer for the extraordinary impact of his interdisciplinary work in the design and development of novel nanocarriers for improved small molecule drug delivery.

Also being recognized with this award is his work on controlled delivery systems for genetically engineered therapeutic proteins, DNA and RNA as well as his strong leadership.

“It is a tremendous honor for me and my lab to be recognized in this manner,” said Langer. “I also think it is wonderful to see nanomedicine — which involves great science that can broadly affect humankind — receive recognition. Hopefully it will inspire more young people to pursue research in this area.”

As a young boy growing up in Albany, New York, Robert was fascinated with the magic of chemistry and spent countless hours mixing chemicals to change colors or cause reactions. Jump ahead 10 years, and after obtaining a Doctor of Science in Chemical Engineering, he started applying to hospitals and medical schools to see if they could use a chemical engineer and ended up in a surgical lab at Boston Children’s Hospital.

Today, he is the David H. Koch Institute Professor in the Department of Biochemistry at MIT (being an Institute Professor is the highest honor that can be awarded to a faculty member). Langer Laboratory at MIT, with over 100 students, postdocs and visiting scientists at any one time, and maintaining over $10 million in annual grants, is the world’s largest academic biomedical engineering laboratory

Langer earned his nickname “the Edison of Medicine” based on his 230 h-index score,  a measure of the number of a scholar’s published papers and how often they have been cited, which is the highest engineer score ever. He has written more than 1,400 articles and is the most cited engineer in history. Dr. Langer has over 1,284 issued and pending patents worldwide, and his patents have been licensed or sublicensed to over 350 pharmaceutical, chemical, biotechnology and medical device companies. His lab, either alone or in collaboration, has produced 40 companies, all but one of which are still in existence, either as independent entities or as part of acquiring companies. Combined, they have an estimated market value of more than $23 billion.

Along with companies, his lab also produces esteemed scientists. Langer describes his job for training people to be “to help somebody make the transition from somebody who can give good answers to somebody who can ask good questions.”  He teaches his students to think big and ask questions that can change the world.  There is no doubt he has been successful. Approximately 900 researchers who have earned graduate degrees or worked as postdocs at the lab have achieved prominent careers in academia, business, and venture capital. Fourteen have been inducted to the National Academy of Engineering and 12 have been inducted to National Academy of Medicine.

Dr. Langer received his Bachelor’s Degree from Cornell University in 1970 and his Sc.D. from the Massachusetts Institute of Technology in 1974, both in Chemical Engineering. He has 30 honorary doctorates including ones from Northwestern, Yale, and Harvard. He served as a member of the United States Food and Drug Administration’s SCIENCE Board, the FDA’s highest advisory board, from 1995-2002 and as its Chairman from 1999-2002. Dr. Langer has received over 220 major awards. He is one of 4 living individuals to have received both the United States National Medal of Science (2006) and the United States National Medal of Technology and Innovation (2011). He also received the 2002 Charles Stark Draper Prize; the 2008 Millennium Prize; the 2012 Priestley Medal; the 2013 Wolf Prize in Chemistry; the 2014 Breakthrough Prize in Life Sciences; and the 2014 Kyoto Prize. He is also the only engineer to receive the Gairdner Foundation International Award. In 2015, Dr. Langer received the Queen Elizabeth Prize for Engineering. Dr. Langer was elected to the National Academy of Medicine, the National Academy of Engineering, the National Academy of Sciences, and the National Academy of Inventors.

Dr. Langer and his wife Laura, a fellow MIT graduate, have three children. He serves on the boards of 12 of the companies he helped start, and is an informal advisor to four. His entrepreneurial activities have made him a millionaire, but his primary motivation remains improving the health of men, women and children around the world. 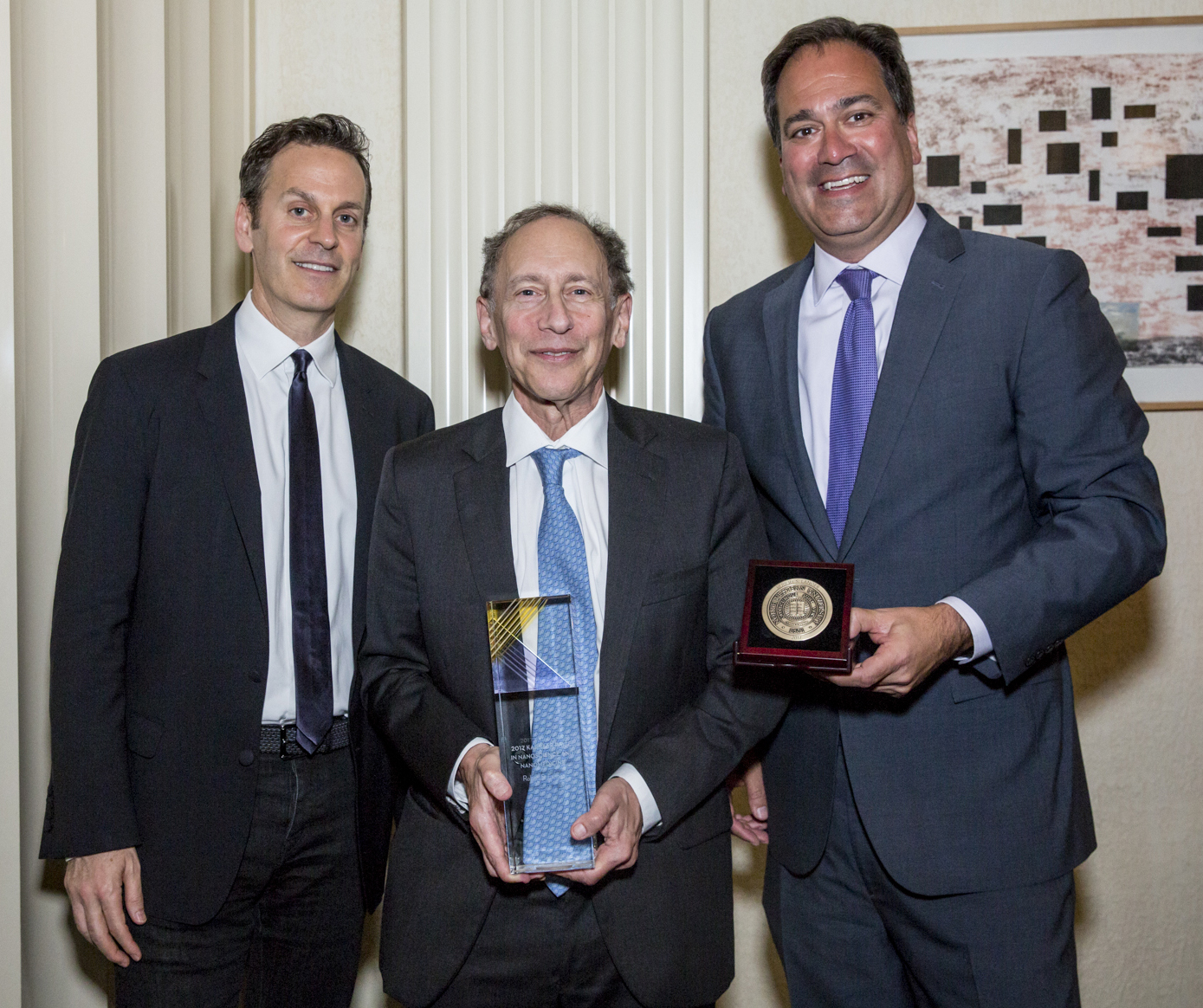