Accelerating chemical reactions without direct contact with a catalyst

A Northwestern Engineering research team has revealed a new approach to conducting chemical reactions — one that doesn’t require direct contact with a catalyst. 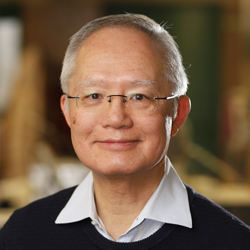 “Improving our understanding of the catalyst-intermediary-reaction relationship could greatly expand the possibilities of catalytic reactions,” said Harold Kung, Walter P. Murphy Professor of Chemical and Biological Engineering at the McCormick School of Engineering, who led the research. “By learning that a chemical reaction can proceed without direct contact with a catalyst, we open the door to using catalysts from earth-abundant elements to perform reactions they normally wouldn’t catalyze.”

The study, titled “Noncontact Catalysis: Initiation of Selective Ethylbenzene Oxidation by Au Cluster-Facilitated Cyclooctene Epoxidation,” was published January 31 in the journal Science Advances. Mayfair Kung, a research associate professor of chemical and biological engineering, was a co-corresponding author on the paper. Linda Broadbelt, Sarah Rebecca Roland Professor of Chemical and Biological Engineering and associate dean for research, also contributed to the study.

The research builds on previous work in which the team investigated the selective oxidation of cyclooctene—a type of hydrocarbon — using gold (Au) as a catalyst. The study revealed that the reaction was catalyzed by dissolved gold nanoclusters. Surprised, the researchers set out to investigate how well the gold clusters could catalyze selective oxidation of other hydrocarbons.

Using a platform they developed called Noncontact Catalysis System (NCCS), the researchers tested the effectiveness of a gold catalyst against ethylbenzene, an organic compound prevalent in the production of many plastics. While ethylbenzene did not undergo any reaction in the presence of the gold clusters, the team found that when the gold clusters reacted with the cyclooctene, the resulting molecule provided the necessary intermediary to produce ethylbenzene oxidation.

“The two reactions are totally independent of each other,” Kung said. “We saw that the gold nanoclusters and the cyclooctene were ineffective to oxidize the ethylbenzene on their own. Direct contact didn’t cause the reaction to proceed. Thus, the intermediary reaction was necessary.” 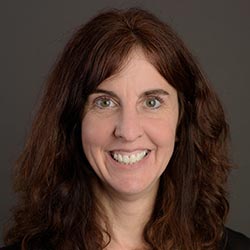 By demonstrating how normally ineffective catalysts can be made effective in a reaction through an intermediary, the researchers believe it is possible to design systems using catalysts that are physically separated from a reaction medium that would otherwise harm the catalyst. This new approach could provide an effective workaround in environmental remediation, such as cleaning a contaminated river, where some components in the water may be poisonous to the catalyst.

“You could use a membrane to separate the catalyst from the medium, then use the catalyst to generate an intermediary that can pass through the membrane and degrade the contaminant in a safer way,” Kung said.

The work also opens the door to greater freedom in industrial chemical production. An ability to conduct coupled parallel reactions without the constraints of traditional stoichiometry — the strict quantity-based relationships among reaction products — could make industrial hydrocarbon co-oxidation processes more versatile, efficient, and cost effective. These processes are vital in the production of gasoline and conversion of natural gas to liquid fuel and other chemicals.

The research team’s next step is to determine gold’s reactivity against other hydrocarbons of different bond strengths. They also hope to learn whether similar phenomenon can be applied to other metals, such as silver or copper.

“We are not quite there yet, but once we understand the relationship between the reactivity of gold clusters toward hydrocarbons and bond strengths, we will be able to predict and design other chemical reaction systems,” Kung said.

The work was supported through the Office of Basic Energy Sciences within the US Department of Energy’s Office of Science (grant number DOE DE-FG02-03-ER15457).